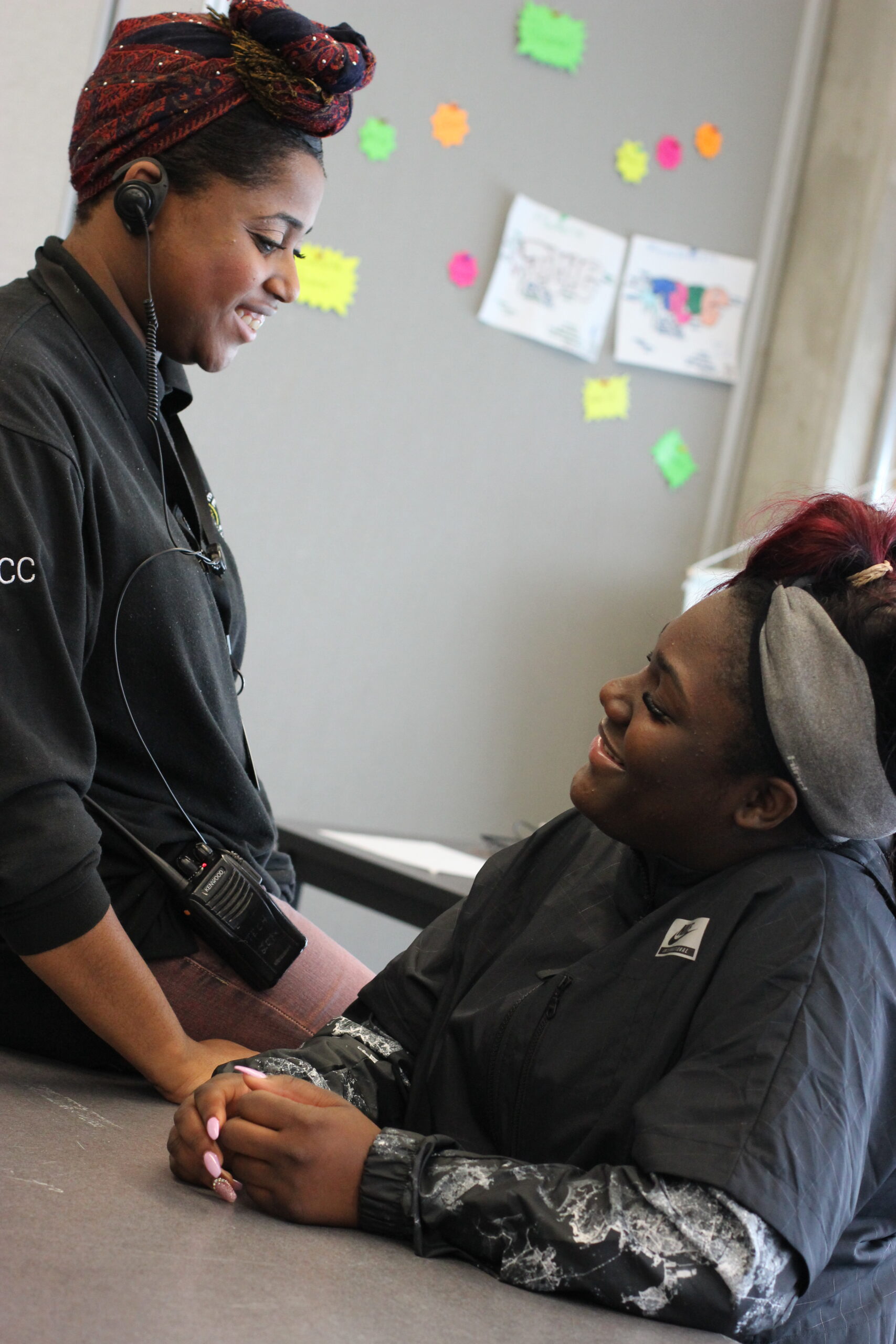 If there is one word that would describe our community’s young people, it would be “resilient”. Through the nonstop overturning of their neighborhoods by gun violence, they persevere and, in many instances, discover their own ways to combat it and other crimes that may be prevalent in their neighborhoods. They have realized their potential, and with a little help from VFZ, they are learning how to maximize their potential. As they move along on their journey, they are also realizing that they are leaders with an obligation to assist their peers to follow the same path.

Get to know three of our influential champions of the VFZ.

The sky’s the limit for Maurissa, one of our VFZ students at James Madison Academic Campus (JMAC). Maurissa has been a part of VFZ since her freshman year. Her true potential shone through from the beginning, and she realized that the obstacles holding her back were not going to disappear. She sought the assistance of VFZ and was paired with a Youth Advisor. As the mentoring relationship advanced, she quickly began to find purpose in her creative self. Now that Maurissa is a Senior she continues her involvement with VFZ as they are assisting her with her preparations herself for college, where she will major in the Arts.

Nyaja, in her Junior year of High School at Pulaski High School, has been living on her own and juggling between keeping her job and studying. Thanks to her mentor, Jeuray, she has had support communicating with her teachers and administrators to ensure they are all on the same page when it comes to Nyaja’s education and making sure she is able to graduate. Today, Nyaja has her mind set and is focused on graduation.

Zameria, a Junior at Bay View High School and part of the VFZ program, recently experienced the loss of two cousins to gun violence. This experience was traumatic and heartbreaking and she missed several days of school as a result. To honor them and bring awareness to gun violence, Zameria and other VFZ students created orange colored ribbons that that were placed on all school lockers as a symbol of youth united against gunn violence. Zameria said she is tired of losing loved ones to something that can be prevented. Since summer is coming, she wanted to help raise awareness now, to allow other students to make choices to keep the community safe.